Metals can corrode in a number of ways dependant upon environmental conditions or design related issues. Protection to metals can be provided by a number of methods, one of which is by applying an additional coating that will afford corrosion protection.

Consideration should also be taken into account with regards to the different types/mechanisms of corrosion. Some of the most common types are described below. Is a form of corrosion which results in holes or cavities within a metal.

Corrosion that occurs in stagnant water often at joints, such as bolted connections.

Occurs beneath coatings where humidity of circa 75%, and moisture and oxygen permeate beneath the coating. Galvanic corrosion normally occurs where two dissimilar metals are in direct electrical contact in the presence of an electrolyte which might commonly be condensation, rain water or sea water. Effectively a battery cell is created and an electrical current flows as a result of the corrosion of one of the two metals.

In essence, one metal’s molecules are drawn toward the other, leading to corrosion in only one of the two metals. It is the more electronegative metal in the electrochemical series (image 2) which corrodes. Read more about galvanic corrosion. 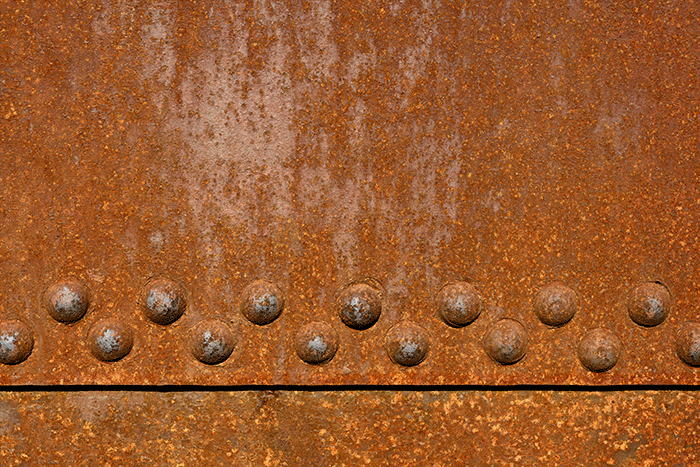 Although rust is primarily iron, it also contains other compounds. Click to find out.