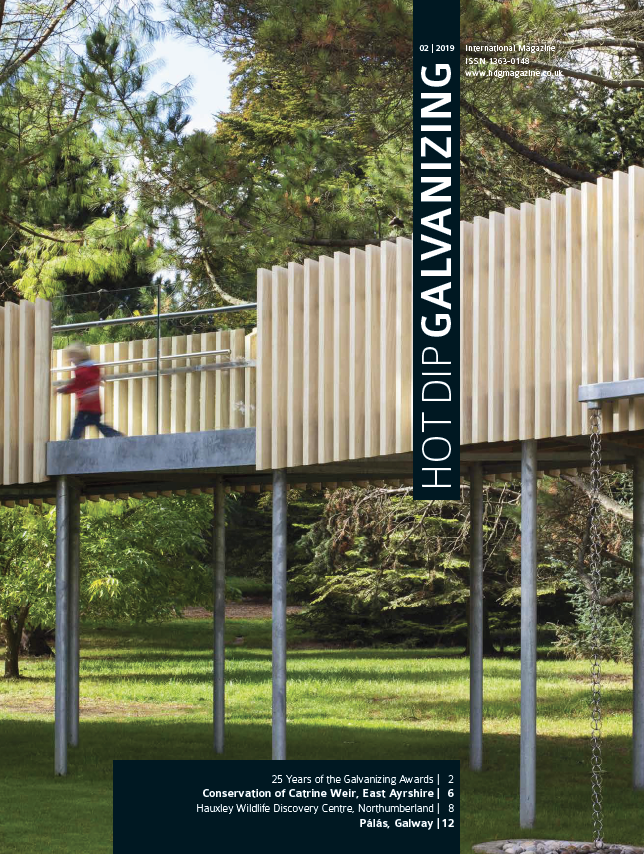 The 25th anniversary of the GAGAs celebrated conservation, innovation and sustainability, with our 2019 winners evidencing strongly the connection between the built world and nature.

The Rising Path by chadwick dryer clarke studio picked up the Architecture award. This visitor centre for Cambridge University Estates impressed the judges by creating an immersive journey through a New Pinetum at the Botanic Garden, Cambridge. Judges were also united on the sensitive restoration and conservation of Catrine Weir in East Ayrshire by Addison Conservation + Design. It won best in Engineering for its use of a galvanized steel apron, which forms a shimmering crest to the weir.

This year the Sustainability Award was presented to Brightblue Studio for Hauxley Wildlife Discovery Centre in Northumberland. Their creative use of galvanized steel gabions as a structural element was an inspired means of using a volunteer workforce to help create a stunning, site sensitive building that both inspires and engages visitors with nature.

The Duplex Award was given to Studio Weave for their standout green roofed pavilion, which forms a central role in the redevelopment of the Thames Riverside Walk at Nine Elms, whilst the Galvanizing in Detail Award was picked up by dePaor for the Pálás Cinema in Galway.

This striking blasted concrete building uses galvanized steel for all the bespoke hardware of the cinema. A highly commended award was given to Stephen Taylor Architects in the Detail category, for their work on the 100% affordable Cadix Housing project in Belgium. The RHS commission for the Chelsea Flower Show, Root Bench, by Jailmake, received a special mention too. 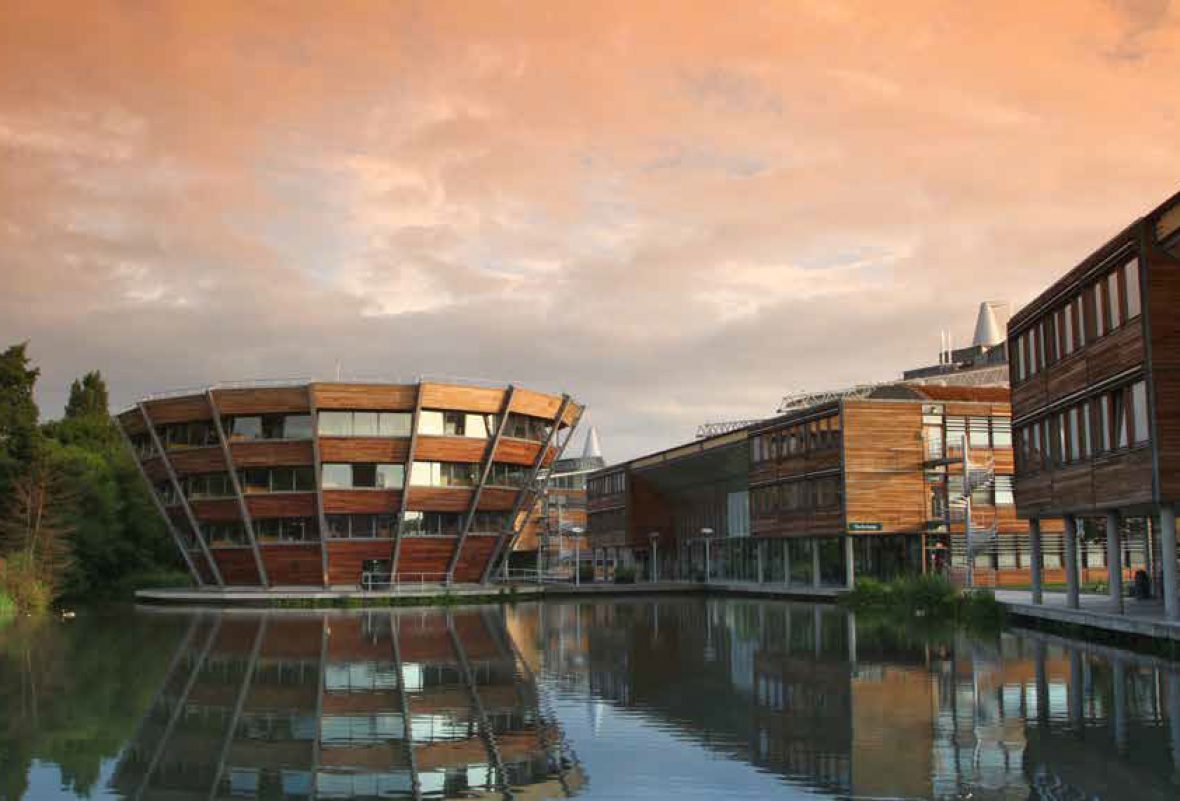 25 Years of the Galvanizing Awards 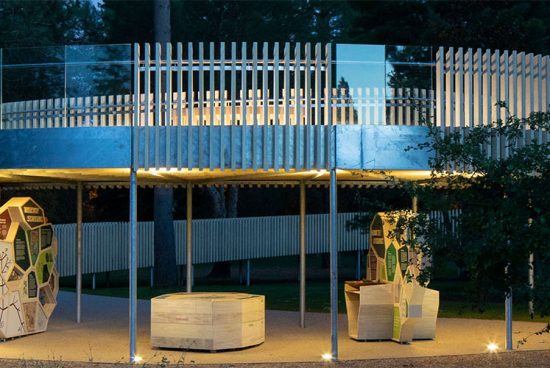 In the summer of 2016, chadwick dryer clarke studio were invited to participate in a… 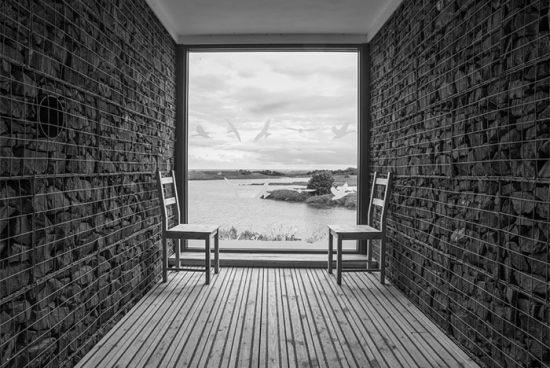 The project was originally commissioned in 2006, after grant funding was received from the EU, which was championing the screening of European-made films in purpose-built cinemas as a pushback against Hollywood. dePaor developed the design through analogue means – hand…

Commissioned by the RHS for Chelsea flower show, the Root Bench gives its simple visual aesthetic over to the single tree planted within it. Representing the ground surface are six large planks of English Oak, beneath which are the roots…

Cadix Housing is a new residential building over six levels and comprises a mix of 27 triplex, duplex, and single level homes, commissioned by the housing association Woonhaven Antwerpen. The brief was for an apartment building in the area surrounding…

Studio Weave were commissioned to design a pavilion as part of the Churchman Landscape Architects led redevelopment of the Thames Riverside Walk in Nine Elms. The pavilion provides shelter for the public, as well as for a storage facility for…