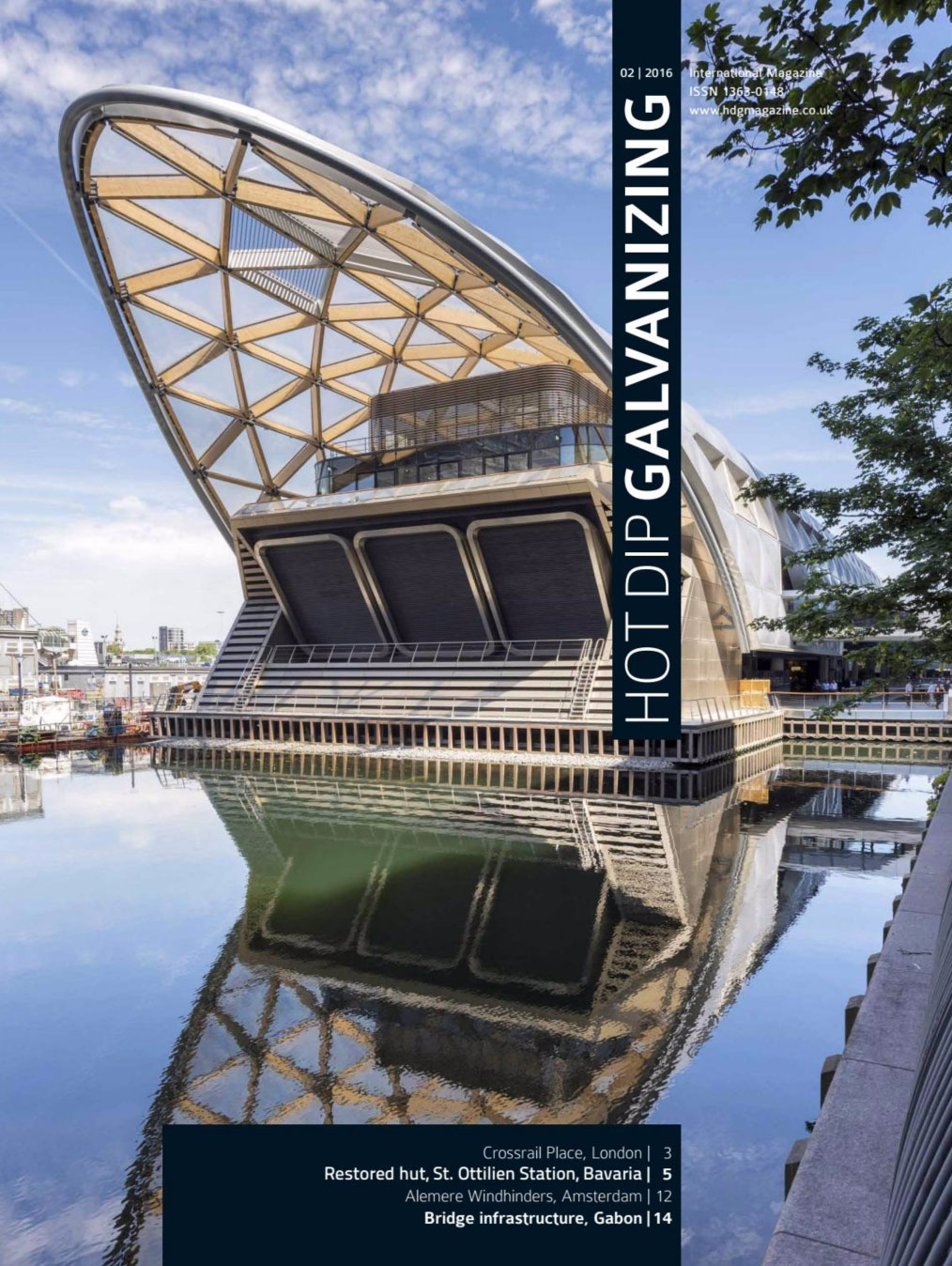 On a recent railway journey, I was reminded of the glories of a bygone era. Namely that of our grand Victorian station structures. Some have been restored, others are part of a mishmash of conservation and extensions that may not entirely add up.

There are also the more recent simpler generic designs that have none of the grandeur that must have been experienced on
leaving or arriving at one of our main stations in their heyday.

This led to thoughts on the changes that have occurred on
material use; iron, steel, concrete and glass and some of the remarkable engineers that were involved in the designs.

It also reminded me of the efforts made by Brunel on the roof design for Paddington and Birmingham stations in 1854. He used galvanized corrugated iron sheets to create the rigidity required for the roof structure. Remarkably, some structures that date back to this time are still standing today, not just in the UK but across the world. It is believed that corrugated sheet may be responsible for keeping the elements from more peoples’ heads than any other material ever used: a consequence of its prominence in the developing world.

My nostalgic revere was bought to a sudden end on reaching my destination, not too far away from the Clyde, and the sight of seagulls dive-bombing a galvanized lamp post for some unknown reason. 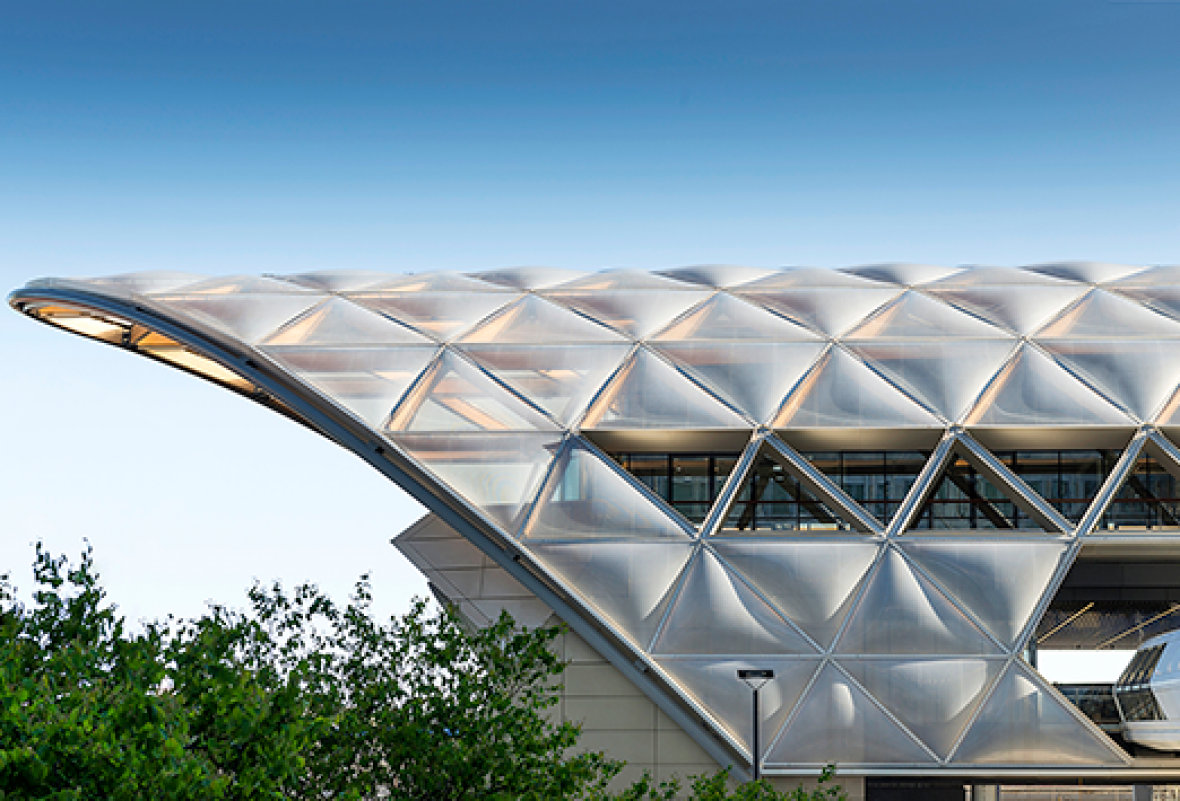 In 2008, Foster + Partners were commissioned to design a mixed-use scheme encompassing the over-ground elements of a new station for the Crossrail project at Canary Wharf. 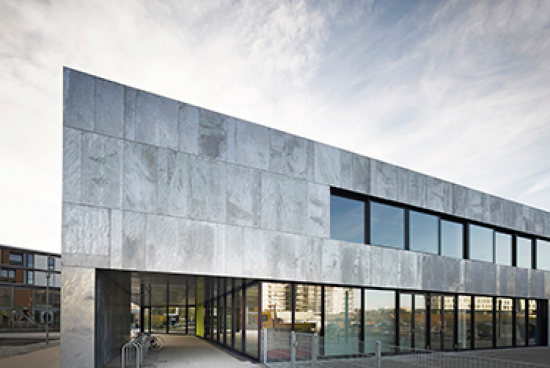 Industrial, unfinished, tough, resilient, durable; just some of the adjectives that have been used to describe hot dip galvanizing. 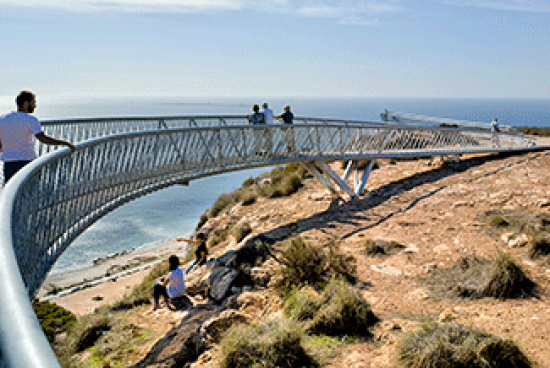 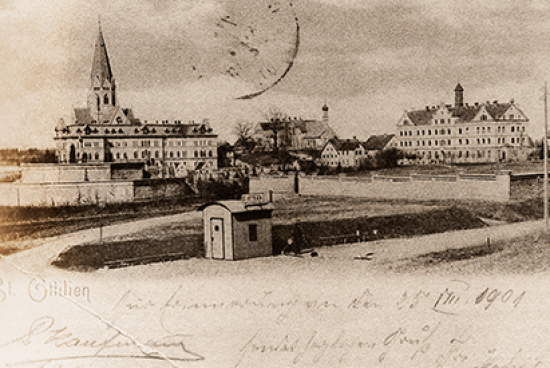 A series of new canopy structures weave their way through the city centre in Almere, a new town just outside Amsterdam. The canopy, along with a flower stall form a series of interventions critical to the commercial success of the city.

A journey through Gabon will take in a vast country criss-crossed by rivers, forests and an abundance of wildlife. What quickly becomes apparent is the lack of connection across key routes through the country. A new government backed investment programme is trying to address these issues with the help of Acciona...

Reinforced concrete is a widely used material within construction with an attractive range of properties and characteristics. It can be used in a variety of exposure conditions, however attention needs to be given to the potential for steel reinforcement within…

2015 marked the 50th anniversary of the official exchange of ambassadors between Israel and Germany. Lendler Exhibition Architecture developed a traveling exhibition that toured ten German cities to mark the occasion. An identical Hebrew version was on tour in Israel. The German-Israeli relationship has developed