Corrosion Protection for the Railway Industry

Steel is one of the most commonly used materials in the railway sector. It is strong, versatile and economic. Consequently it is used for a variety of different applications from platforms, stations, signaling and security systems.

However, steel must be protected or it will rust, and can cost the railway sector many millions of pounds every year. The method you choose to protect your steel work today could have a major influence on the time and money that must be spent tomorrow.

Galvanizing has had a long connection with the railway sector because of its many benefits.

Benefits of hot dip galvanizing for the railway industry

Galvanized steel is widely used in the railway industry for a large number of applications. 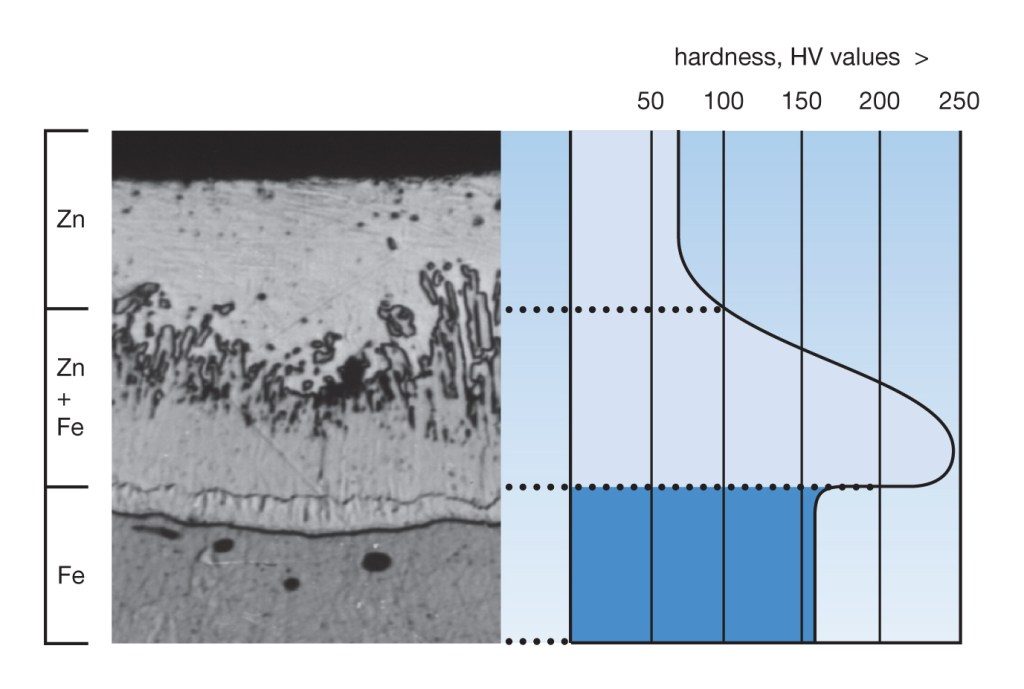 Galvanizing is energy efficient throughout its production and whole life cycle. First of all, the galvanizing process uses natural resources considerately to ensure a relatively low environmental burden.

Then, whether it’s re-galvanizing, removal or reuse, galvanized steel is easily recycled.  What’s more, it can also be recycled with steel scrap.

Last but not least, hot dip galvanizing protects against corrosion and prolongs the life of steel, greatly lowering the environmental and economic cost. Click here to read more about sustainability and galvanizing.

How has galvanizing been used in the railway sector

Although uncertain, the first use of galvanizing within construction was that of galvanized corrugated iron for the Navy at Pembroke Docks, Wales in 1844. The use of the material soon spread to the railway industry.

The 212 foot roof-span of Birmingham’s New Grand Central Railway Station in 1854 being the “largest hitherto attempted”. Innovative bow string trusses were used in its construction and 5,945 square metres of galvanized corrugated iron sheets covered half of the roof area, the remainder being fluted glass. 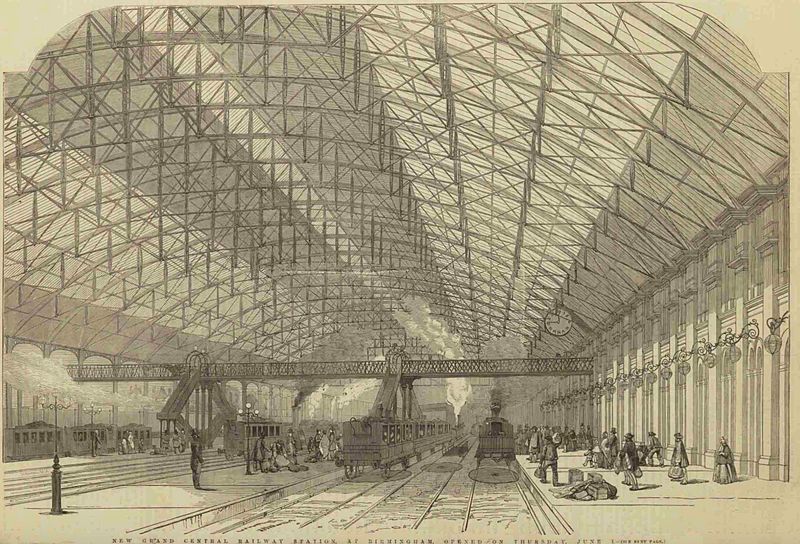 The other landmark station of the time, Paddington, designed by lsambard Kingdom Brunel, opened in 1854. Brunel was still learning about galvanized corrugated iron when he started to work on the construction of Paddington.

He designed a building with 36,650 square metres of galvanized corrugated iron sheets that enclosed two thirds of the vaulted roof. The sheets were used in such a way, with the corrugations at right angles to the roof, that the whole structure would stiffen.

This would make the roof a very early example of a ‘stressed skin’ design. The great advantage of corrugated iron was now coming to the fore; its lightness offered builders the ability to build very large-spanned buildings with correspondingly light supporting structures.

The use of corrugated iron has ceased but galvanizing can and does still play an important role within infrastructure. 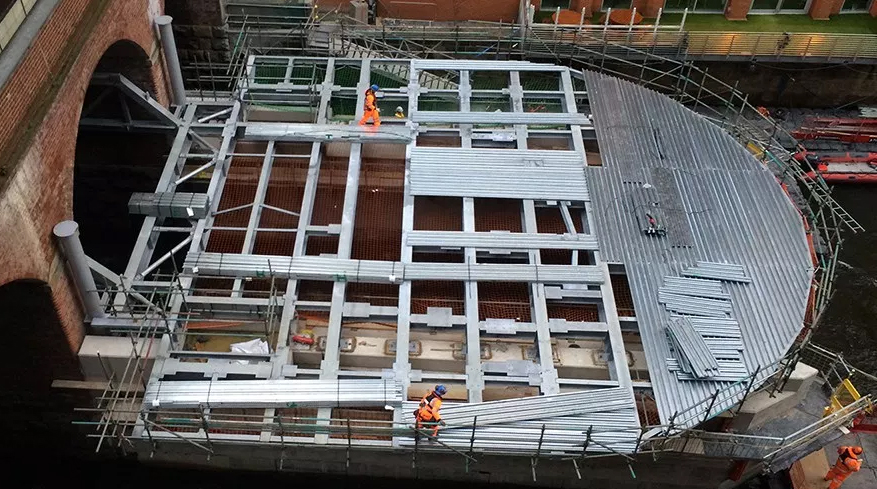 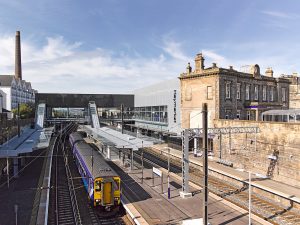 Haymarket, Scotland’s fourth busiest train station, has received a major refurbishment and extension. The new transport hub in Edinburgh’s West End has been created to accommodate a predicted 6 million increase in passenger numbers.

The new additions to the station will enable it to become a transport interchange hub providing enhanced connections with the bus and tram network. The extra station capacity and facilities will address increasing passenger numbers travelling to and from Haymarket.

The roof structure of Viena Central Railway Station, about six times the size of a football pitch, can be seen for miles around. It is one of the most complicated and beautiful steel construction projects in Austria and incorporates approximately 7,000 tonnes of steel.

The complexity of the roof structure meant that it would be virtually impossible to maintain so the design allowed for individual members to be galvanized and bolted together to form the complex rhombus for each subsection of the roof.
Read more about Vienna Central Railway Station