Galvanized steel has begun to make a considerable contribution to architectural facades. It is often chosen for its long term protection but more importantly its unique inherent visual characteristics.

Galvanized steel is often the material of choice for balconies and other external features of bulidings, due to its zero maintenance properties, which are especially suited to residential developments, social housing, communal areas and larger public spaces.

A more recent development is that of batch hot dip galvanized steel panels used as  facade systems. There is a growing number of important projects, particularly in Europe, where galvanised panels have been used to create a unique facade to a variety of building types.

An outstanding example of architectural aethestics and innovative engineering in facades was unveiled in 2019 by Danish Architects COBE. Their project, the DLG Silo in Copenhagen’s North Harbour, is a former grain silo, re-purposed and clad in galvanized steel, to create luxury accommodation, retail and cultural space. It makes a commanding statement against the North Harbour skyline and is part of a regeneration masterplan that hopes to position Copenhagen as the world’s first carbon neutral city by 2025.

A functional construction of the late 1950s, the Silo originally stood in a watery landscape of oil storage tanks, gas cylinders and dockside gantries. Cavernous, vertical chambers positioned behind blind concrete walls, stored tonnes of wheat, with access to freight vehicles which funnelled off grain at the base. Today however, what was previously considered a feat of pure engineering has been converted into a thing of beauty. 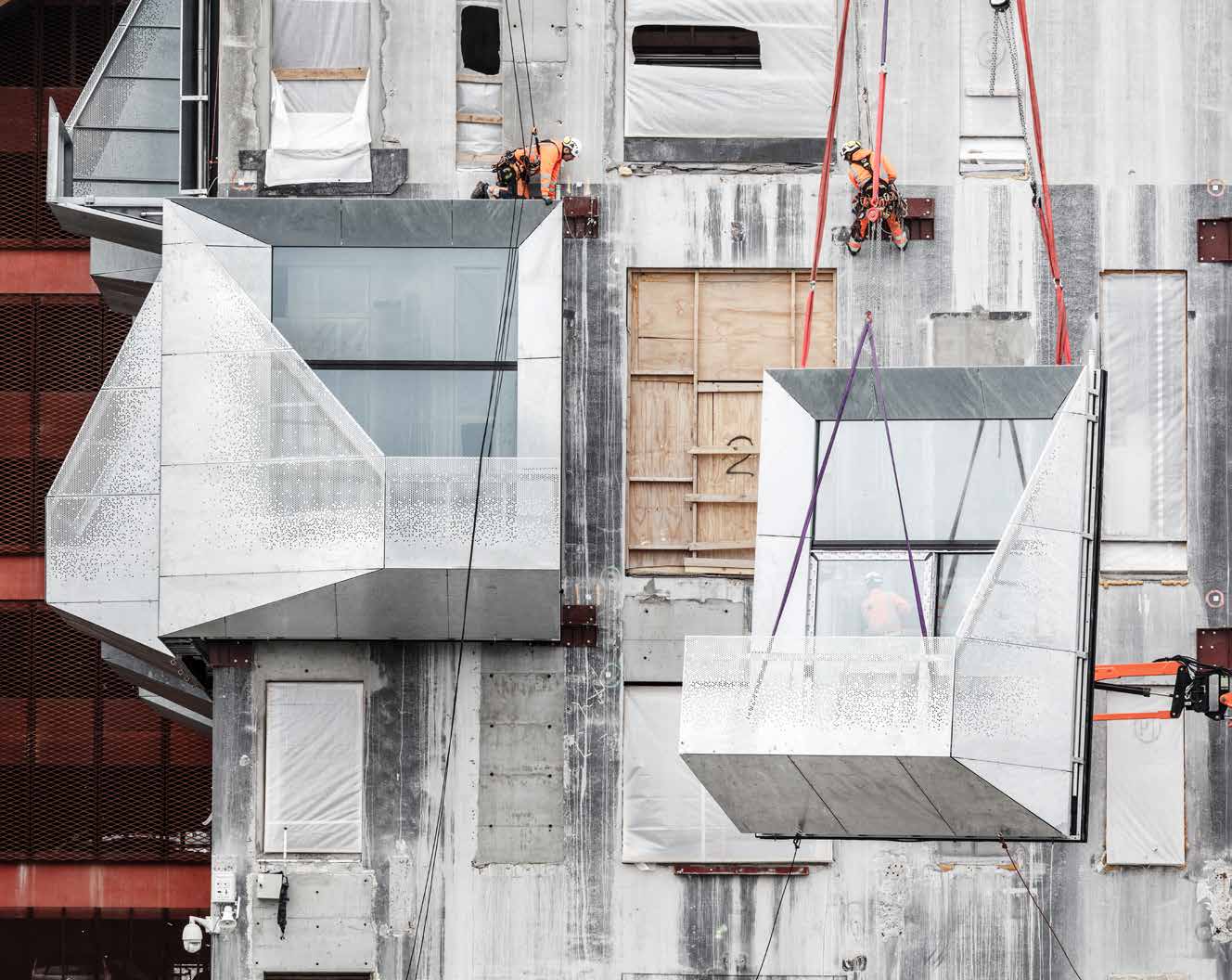 “The final building has been stretched in all directions in proportion to its original form, so it is hardly noticeable. The once-protruding tower is levelled off horizontally with another layer of apartments, its precast concrete panels hidden behind its shimmering, changing, galvanized steel facade…

The facade has a continuously changing crystalline urban effect that contrasts with the matt all around. Its original monumental appearance lives on. Get closer, and the variations become more profound. Patterns of perforations in the protective balcony wind shields and balustrades play a flickering game from transparency to opacity. The patina of the building’s surface glistens.”

We have published a free book that details the project and its journey.

Designed by HSD architects, Lemgo primary school in Karlsruhe creates a modern addition to the existing network of schools. A facade of galvanized panels provides a vibrant, bold and contemporary aesthetic that is a throwback to the town‘s industrial heritage. Designed as a highly insulating ventilated facade, 3 mm steel plates of varying sizes form a shimmering skin. 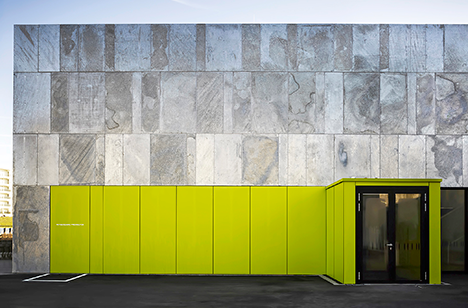 Carmody Groarke designed this new artist workshop for artist Antony Gormley within the yard of his existing studio in London. The workshop was consciously designed to be made predominantly out of galvanized steel, in order to withstand the industrial nature of the artist’s creative process. 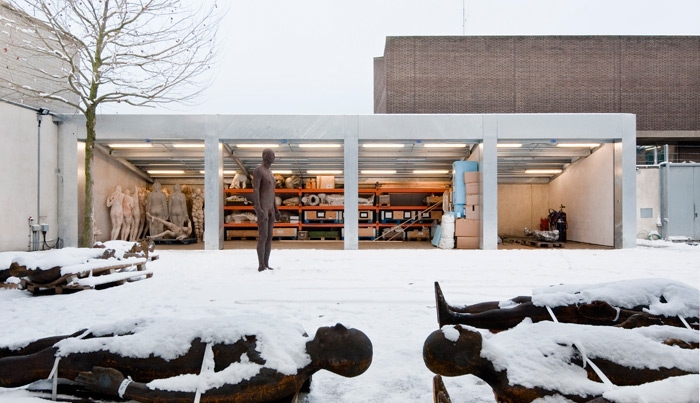 6a architects’ Blue Mountain School unfolds behind the shimmering silver façade of this corner site on Redchurch Street. In the tradition of house museums, the building is a puzzle of rooms and uses, playing host to a fashion archive, exhibition spaces, a kitchen and wine room, a perfumery, listening spaces and various room sets by international designers. 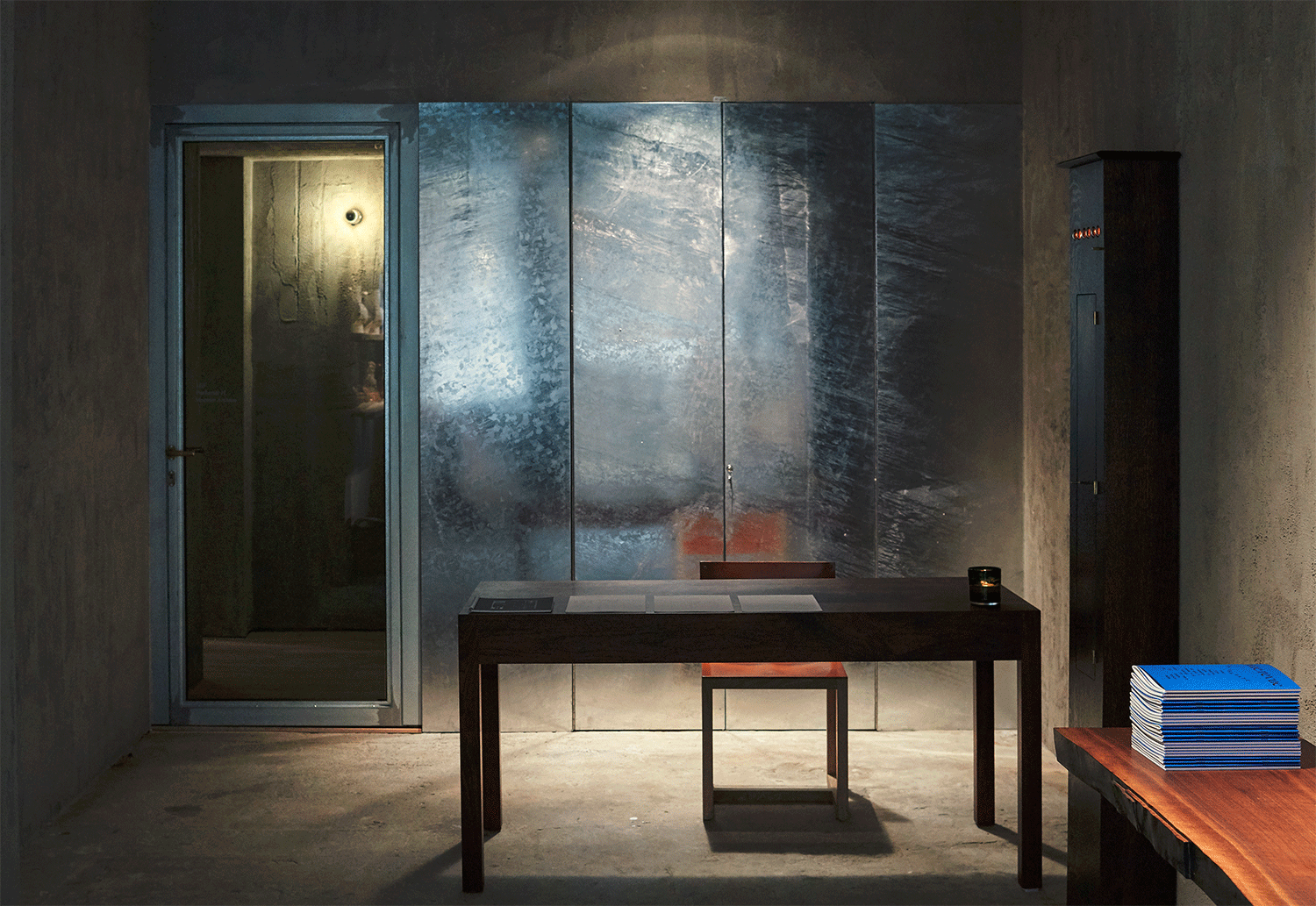 Strategically, the new building creates a new fourth facade to the visiting public and an administrative entrance for the council to the south. The project is structured around two dramatic spaces: a top-lit Civic Hall and a narrow Stair Hall, formed between the existing classical façade of the City Hall and the new building. The Lewis Glucksman Gallery cleverly blends together a rich palette of materials with a complex structural form that result in a simple, yet beautiful building. The project has not only created a huge buzz in Ireland through O’Donnell and Tuomey’s impeccable design, but also for their use of galvanized steel.

The O’Donnell & Tuomey, Lewis Glucksman gallery at University College Cork (UCC) is so complex in form, structure and etailing that every bit of it, both externally and internally looks simple. Vex is a unique architecture/sound collaboration. It is an in situ concrete house which arose out of the collaboration between musician Robin Rimbaud (known as ‘Scanner’) and architects Chance de Silva.
Music and architecture both take as their starting point Erik Satie’s ‘Vexations’ – a looping, repetitive piano work that lasts around 18 hours in continuous performance.