A Galvanized Bridge to Remember

Normally each Remembrance Sunday and Armistice Day many of us come together at war memorials up and down the country. We gather at designated sites in towns and cities, usually in front of a stone monument, commissioned specifically to help us reflect and pay our respects.

Personally, as an engineer, I find myself equally drawn to the more unintentional monuments scattered around the UK; artefacts like concrete sound mirrors, bunkers and pillboxes which all speak volumes about wartime ingenuity and the sacrifice it took to restore peace in Europe. One structure that always comes to mind is a simple galvanized bridge in Dorset. It played a practical role in the success of the Normandy landings and has been in service ever since.

As someone who engages regularly with historical buildings and structures on behalf of the galvanizing industry, I know the Callender- Hamilton Bridge at Lydlinch in Dorset as a piece of wartime engineering made of galvanized steel. Others know it as a sturdy part of the A357 which carries traffic to and from Poole.

In 1942 when the Ministry of Defence was first considering outline plans for the D-Day invasion, it soon became clear that the covert and speedy movement of an invasion force to ports on the South coast was a common requirement. It was also obvious that sections of the South coast’s transport infrastructure would need to be quickly and secretly strengthened.

“It wasn’t intended to be a lasting part of the landscape, but it has stayed in use ever since.”

Narrow stone bridges like the one at Lydlinch, over the River Lyden, would never withstand the weight of heavy tanks. So, in 1942 Canadian army engineers, who were barracked locally, erected a temporary, galvanized steel Callender-Hamilton bridge alongside the older structure. It wasn’t intended to be a lasting part of the landscape, but it has stayed in use ever since.

The Callender-Hamiliton bridge was a modular, pre-fabricated truss bridge that had been tried and tested on the Hamiliton Road in Northern Iraq, a decade before the Canadians installed the one at Lydlinch. It was highly adaptable and made from simple components, easily transported and erected in remote, difficult locations.

The design still holds up today, as does the galvanized steel structure. Since it was erected, the only real preservation work done to the bridge has been some simple strengthening to bring it up to the new standards required for carrying 40 tonne heavy goods vehicles. The ‘temporary’ structure remains in remarkably good shape.

There is something to be said for concise and simple designs, whether it is in highly visible intentional monuments, or more humble artefacts of wartime ingenuity. A galvanized steel bridge may not attract the same attention as some of our great national monuments, but for me, it is still a very poignant reminder of what can be achieved in times of great urgency, and still deserves some of the attention. 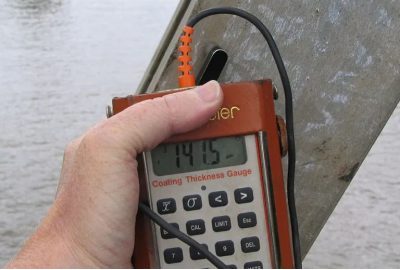 It is astonishing to think that a coating, just thicker than a sheet of A4 paper, can protect a stee...

After having been held virtually at the start of the pandemic and after a brief hiatus in 2021, the ... 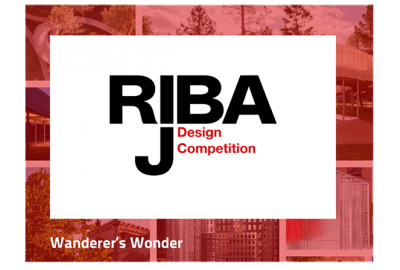 Wanderer’s Wonder is a new competition brought to you by RIBA Journal and Galvanizers Association th...